In Chase v. United States Postal Service, 2016 WL 7228809 (1st Cir. December 14, 2016), the First Circuit affirmed summary judgment for the defendant in a case alleging retaliation under the FMLA. The facts giving rise to the case arose in July 2010 when the employee Chase, a letter carrier for the Postal Service (“USPS”) was involved in an automobile accident in the course of his employment. As a result of the injury, Chase applied for workers’ compensation benefits, which were approved. Chase also applied for and was granted FMLA leave. The record reflected that USPS had mailed a FMLA approval form to Chase and his supervisor, King which indicated that all leave would be designated as a FMLA leave. However, King claimed that he never received this notice and surmised that it had been placed in the file by an office worker who had filed the notice without first showing it to him. King also testified that he believed Chase’s leave status was either “injured on duty” or “on workers’ compensation”. King also stated that he assumed Chase was not on FMLA leave because that type of leave was generally unpaid and he believed that employees only used FMLA leave once they had exhausted all other forms of paid leave.

In any event, the record reflected that after Chase went out on leave, King engaged in some fairly serious mocking and joking in the workplace about whether Chase was seriously injured and legitimately needed to be on leave. Additionally, while on leave, Chase was arrested in September 2010 for a felony drug violation. Discussions ensued between King and Chase regarding the effect of the arrest and Chase’s return to work, but on February 1, 2011, Chase was recommended for discharge by King. A grievance was filed and an arbitration was then conducted, wherein the arbitrator issued a decision September 30, 2011, sustaining Chase’s discharge for violation of USPS policy for being in possession of an illegal drug. (In August 2011, Chase’s criminal drug charge had been reduced to simple possession and he was placed on probation).

The case turned on whether there was a causal connection between Chase’s taking FMLA leave and the employer’s adverse employment action. It was undisputed that King was aware of Chase’s injury, that he had visited the scene of the accident and made a report, and that he was aware that Chase was out of work on medical leave. However, the court noted that there was no evidence that King knew or should have known that Chase was out on protected FMLA-designated leave. The court stated that the case presented an unusual situation in which KIng reasonably believed that Chase was out on paid workers’ compensation leave, rather than FMLA-designated leave. According to his testimony, King had based this belief on the USPS computer program which indicated Chase was either injured on duty or out on workers’ compensation leave, and made no mention of Chase having been granted FMLA leave. With respect to the workplace comments King had made relative to Chase’s injury and leave, the court held that while inappropriate, those statements did not tend to show that King was aware of the leave being “FMLA” qualifying. The court pointed to the fact that the comments related to Chase being out on “workers compensation leave” not FMLA leave. The court also found it reasonable for King to have assumed that Chase was not on FMLA leave because it would not have made sense for him to do so if King could have been receiving a more beneficial leave package under workers’ compensation.

The court also addressed the “general corporate knowledge” argument advanced by Chase. Essentially, Chase argued that even if King reasonably believes that Chase was not out on FMLA leave, USPS had general corporate knowledge of the FMLA designation which would bind its conduct as a matter of law. The court disagreed, stating that precedent did not support this basic proposition that managerial knowledge can override a decision-maker’s lack of knowledge in FMLA retaliation cases. In that regard, the court noted that there must be proof that the decision maker knew of the plaintiffs protected conduct when he or she decided to take the adverse employment action. Notably, on this issue the court cited the Sixth Circuit case of Henderson v. Chrysler Group, LLC, 610 Fed. App’x. 488, 496 (6th Cir.  2015). 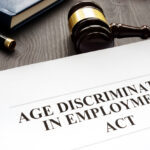 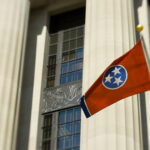 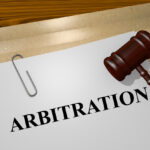