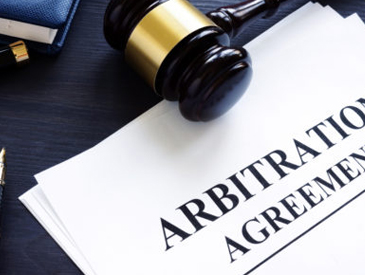 In Boykin v. Family Dollar Stores of Michigan (6th Cir., No. 20-1153, 07/01/21), Boykin filed an employment suit against Family Dollar Stores. Asserting that Boykin “e-signed” an arbitration contract covering his claims, Family Dollar moved to compel arbitration and dismiss Boykin’s complaint for improper venue under Federal Rule of Civil Procedure 12(b)(3). The district court instead treated the motion as one for failure to state a claim under Rule 12(b)(6), by relying on substantial outside-the-complaint evidence and rejecting Boykin’s sworn denial that he e-signed any contract as “self-serving.” The trial court dismissed Boykin’s suit and compelled arbitration.

The Sixth Circuit reversed, observing that although the Federal Arbitration Act requires a court to summarily compel arbitration upon a party’s request, the court may do so only if the opposing side has not put the making of the arbitration contract “in issue.” 9 U.S.C. § 4. The court held the district court in this case should have evaluated whether Boykin adequately challenged the making of the contract using the standards that apply on summary judgment, and Boykin’s evidence created a genuine issue of fact over whether he electronically accepted the contract or otherwise learned of Family Dollar’s arbitration policy. Although his affidavit denying that he accepted the contract may have been “self-serving,” that description alone did not provide a valid basis to ignore it, the court held.