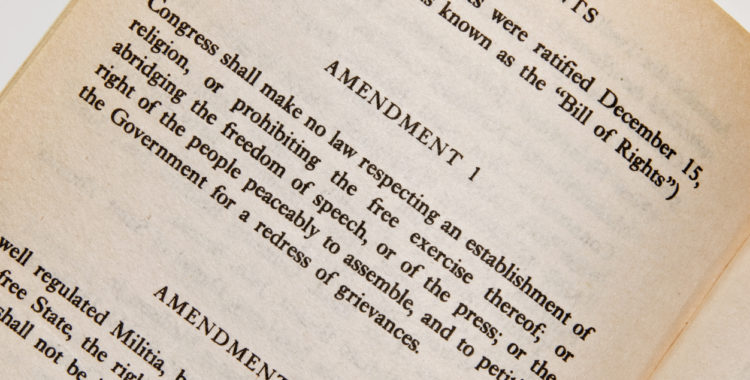 In Bennett v. Metropolitan Government of Nashville & Davidson County (6th Cir., No. 19-5818, 10/6/2020) the Plaintiff Bennett was a white employee of the Emergency Communications Center. Bennett was discharged for racial comments she made from her public Facebook profile and sued Metro under 42 USC § 1983 for retaliation under the First Amendment. Following a jury trial that determined certain issues of fact, the trial court found in favor of plaintiff. The Sixth Circuit reversed.

At issue was whether a public employee’s use of a racial slur when discussing politics on Facebook was sufficiently protected by the First Amendment to outweigh a government agency’s interest in having an efficient workplace and effectively serving the public. Metro appealed arguing the trial court gave greater protection to plaintiff’s speech than the law warrants and improperly minimized the disruption plaintiff’s speech caused in the agency. The Sixth Circuit agreed with Metro and remanded the case.

The court observed that as plaintiff’s speech did not occupy “the highest rung” of public concern, less of a showing of disruption was required. Although there were factors weighing in favor of the plaintiff, sufficient disruption was shown to tip the analysis of Pickering v. Board of Education, 391 U.S. 563 (1968) towards Metro. Based on analysis and in light of the discretion the court granted leadership at Metro, its interest in maintaining an effective workplace with employee harmony that served the public efficiently outweighed plaintiff’s interest in incidentally using racially offensive language in a Facebook comment.