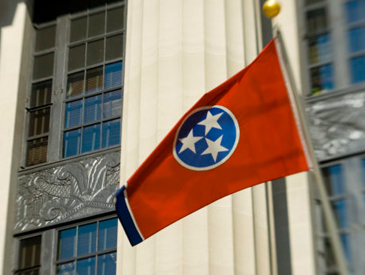 In Phelps v. State of Tennessee, (Tenn. Ct. App., M.S., 3/10/21), Plaintiff Phelps brought an action for sexual harassment, discrimination, and retaliation under the Tennessee Human Rights Act (“THRA”) against her employer, the State of Tennessee. Plaintiff worked as a server at the restaurant at Paris Landing State Park (“the park”). She alleged that Josh Walsh, the assistant park manager who was described as “second in command” at the park, sexually assaulted her at an “after-party” on State property that immediately followed a Halloween party hosted by the park at the restaurant and inn. She further alleged that after she reported the incident, the defendant, among other retaliatory actions, allowed Walsh to continue working around her at the park as usual, and to continue harassing and threatening her. Following extensive discovery, defendant moved for summary judgment. The trial court found that there were genuine issues of material fact as to whether Walsh was Plaintiff’s supervisor; whether he “sexually harassed women at Paris Landing State Park prior to the Halloween party” and defendant was aware of it; and whether “a reasonable fact-finder could conclude that Mr. Walsh’s action in grabbing [Plaintiff] by the neck and thrusting his body against her in a sexual manner was ‘extremely serious’ and sufficient to impose liability on the Defendant.” However, the trial court granted summary judgment to defendant because it found that the sexual assault did not occur “in the workplace.” Regarding the retaliation claim, the trial court held that Plaintiff did not establish that defendant took a “materially adverse action” against her after she reported the assault.

In what amounts to a question of first impression in Tennessee, the Middle Section Court of Appeals reversed, holding harassment that occurs off-premises or outside traditional work hours is not dispositive. Instead, the court held that courts must determine whether such conduct affects a term, condition, or privilege of an employee’s employment and there were issues of fact on that issue which precluded summary judgment for the employer.